William Mounce, commenting on Hebrews 13:21, argues that we should respect the parts of speech when translating.

BakerAcademic posted an excerpt of R. Michael Allen's on the topic of Justification in Hebrews.

Ben at Arminian Perspectives queries, Was Jesus Really Tempted in All Points as We Are?

Rob Bradshaw continues to do a tremendous work by making available public domain articles for access on the internet. He has recently added the first twenty volumes of the Journal of Theological Studies, which includes this article on Hebrews:

Naturally, I have added a link to this article on my Articles page. I will continue to add new links to articles as I become aware of them.
Posted by Brian Small at 10:18 AM No comments: 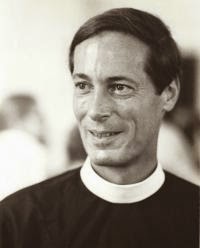 Rowan Greer, Emeritus Professor at Yale Divinity School, recently passed away. While he was a professor of Anglican studies at Yale, he did make contributions to New Testament studies, particularly The Captain of Our Salvation: A Study in the Patristic Exegesis of Hebrews, published by Mohr in 1973. Yale has an obituary. Another obituary. 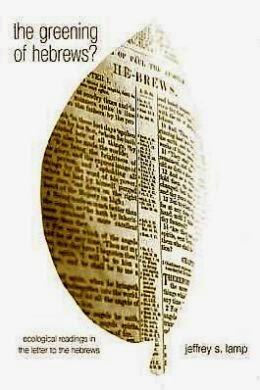 Review of Biblical Literature has posted a new review by Amy Peeler on Jeffrey S. Lamp's, The Greening of Hebrew?: Ecological Readings in the Letter to the Hebrews.

You may also read my more detailed review and critique of Lamp's book which I did in May of last year.

Posted by Brian Small at 6:23 AM No comments:

Congratulations to Mike Kibbe who successfully defended on Friday his dissertation, "Godly Fear or Ungodly Failure? Hebrews 12:18–29 and the Sinai Narratives," at Wheaton College, under the direction of Douglas Moo.

A cursory glance at Hebrews’ critique of Israel’s fear at Sinai in Heb 12:18–29 suggests that the author has misunderstood or manipulated his sources. In the Pentateuch, the appointment of Moses as Israel’s mediator following their unwillingness to stand too close to YHWH receives explicit approval (Deut 5:28), while Heb 12:25 labels that request for mediation a “refusal” to heed the word of God spoken to them from the mountain. In this dissertation I argue that Hebrews’ use of the Sinai narratives resides on a complex trajectory established by four points: the Sinai covenant according to Exodus, the reenactment of that covenant according to Deuteronomy, the call for a new covenant according to Jeremiah, and the present reality of that new covenant established by God and mediated by Jesus Christ.

The basis for Hebrews’ critique arises from its insight that Israel’s request established covenant-from-a-distance, whereas Jesus demonstrates that true covenant mediation brings two parties into a single space rather than perpetually crossing the gap between them. The shortcomings of this arrangement are demonstrated by the golden calf incident; the relationship between this event and the earlier request for a mediator are hinted at in Exodus, made clear in Deuteronomy, and fully exploited in Hebrews.

The purpose for Hebrews’ critique lies in its summons to Zion, the mountain on which Jesus sits at the right hand of God as the forerunner of eschatological humanity and the high priestly mediator of the new covenant. To flee from Zion as Israel fled from Sinai is to reject one’s inheritance as Esau did (12:16–17); it is to deny one’s own sibling relationship to Jesus. Zion is the gateway to the eschaton—the only gateway. Israel’s rejection of God gave way to the making of a new covenant wherein those sins were done away with (9:15), but to reject the new covenant and turn away from its celebration leads not to further provision, but to the wrath of God, the judge of all (12:22) and a consuming fire (12:29).
Posted by Brian Small at 10:14 PM No comments:

The following are papers that will be delivered at regional SBL meetings this spring, as far as I can ascertain. I will be attending the Southwest regional meeting.

Carl Mosser, Eastern University (Visiting Scholar, Univ. of Notre Dame)
Synagogue Instruction, “Word of Exhortation,” and the Genre of Hebrews
"Many assert that the phrase “word of exhortation” in Acts 13:15 formally designates a synagogue sermon. Hebrews is commonly identified as a sermon based on the coincidence of this phrase in Hebrews 13:22. However, extant first-century evidence consistently suggests that sermons or homilies were not yet typical forms of synagogue instruction. This paper argues that “word of exhortation” instead refers to a form of prophetic utterance. In Acts it is Paul’s speech which took place after the regular teaching on the Law and Prophets. In Hebrews it likely refers to an oracle
alluded to in 12:25-26, not the epistle itself."

Nicholas A. Elder, Marquette University
The Hortatory and Performative Function of Hebrews 6:4-12
"Hebrews 5:11-6:20, 10:26-39, and 12:25-39 have been labeled second calls for attentive listening, deliberate shifts for refocusing and refreshment, digressions, or respites from a sustained argument. The typographic bias of historical criticism has too often diminished these sections because they are
thought to be reprieves from the rigors of rational argument. In a performative and oral framework, however, hortatory and emotive appeals function as essential rhetorical tools for affecting the audience and causing them to make a decision. This paper argues that the performative function
of Hebrews 6:4-12, far from serving as mere reprieve, is essential to the overall purpose of the text of Hebrews."

Hans Moscicke, Wheaton College
Anti-Imperial Rhetoric in Hebrews 1:5-9
"This paper will examine Heb 1:6 in the broader context of Hebrews 1 as a gateway into the examination of anti-imperial rhetoric via hidden transcripts and figured speech in the Epistle to the Hebrews. I will consider the author’s use of elliptical language in Heb 1:6, such as πρωτότοκος
and οἰκουμένη, and the nature of sonship and adoption in the imperial cult. The aim of the paper is to shed light on the author’s use of elliptical rhetoric aimed against the Emperor’s many exalted roles and titles, not least Pontifex Maximus."

Wesley Dingman, Loyola University Chicago
Melchizedek Traditions and Hebrews
"Scholars have long puzzled over the apparent diversity of functions ascribed to Melchizedek in the second temple period. It is often held that the disparate portrayals cannot successfully be integrated to form a coherent whole. But this is not the case. Melchizedek served as a conventionalized warrant for justifying the importance of Jerusalem, its temple, its leaders, and its people. He functioned in this way both for the priests operating the temple and for the community at Qumran. At issue was not if Melchizedek legitimized the priesthood, but which branch of the tribe of Levi was his legitimate heir. Hebrews’ use of Melchizedek therefore constitutes a novel appropriation of Melchizedek."

Lee Zachary Maxey, First Baptist Church, North Chicago
Classical Rhetoric and the Epistle to the Hebrews: The Ergasia of Hebrews 12:4–13
"Over the last twenty years the rhetorical criticism of Hebrews has occasioned a lively scholarly conversation. One of the directions in which this conversation has moved has involved the rhetorical critical readings of shorter units (3–10 verses), and larger constituents within Hebrews (e.g., chs. 3–4, 7, and 11). My presentation aims to contribute to this direction in the conversation by arguing that Hebrews 12:4–13 is an ergasiaor an elaboration of a chreia. Analysis of 12:4–13 as a chreia elaboration will ultimately allow for advancing a set of important conclusions regarding Hebrews and classical rhetoric, Auctor’s education, and his hermeneutical methods."

S31-5 New Testament: Epistles and Apocalypse II
Joseph Hyung S. Lee, Regent College
“‘Yet Once More’ (eti hapax): Exodus and the ‘Shaking’ Use of the Old Testament in Hebrews 12:25–29”

2:00 Warren Johnson, East Texas Baptist University
A Disciplinary Theodicy in the Epistle to the Hebrews: A Window into the Homiletical Purpose

Posted by Brian Small at 4:45 PM No comments:

Colloquy on Hebrews as a Frontier Writing 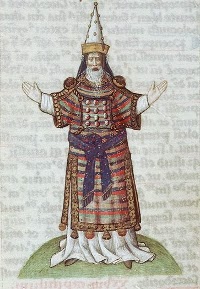 The Universitè catholique de Louvain is sponsoring an upcoming colloquy on April 7–9, 2014:

The brochure in French.

English description:
"The Epistle to the Hebrews as a Frontier/Border Writing
The author of the Epistle to the Hebrews produces a “border writing”. Situated at the border between the pagan and Jewish intellectual worlds, the author claims to stand “in these last days” (Heb 1:2), when the old realities he describes as skia, shadow, will be fulfilled in the new world. This may explain why it was somewhat ignored among the texts of the New Testament. He also thinks of himself as a pioneer. He initiates the use of typology and defines the Christian life as a “frontier” life in which, like the patriarchs, we are required to live as “strangers and pilgrims on the earth” (Heb 11:13). His writing itself stands at the boundaries of the canon; it only slowly gained acceptance among the books received.

This conference will explore the concepts of border, boundary, and frontier related to Hebrews, not only in the letter itself, but also in its reception.

The meeting will first focus on the definition of Hebrews as a text at the confluence of various cultural worlds: Elaborated in the Diaspora, can the letter/sermon be characterized as a middle course between a so-called “Jewish world” and a so-called “pagan world”? Within the Jewish cultural world, did it really hold a marginal position? Is its nuanced attitude toward the priesthood and the Temple the first step outside Judaism, as it has long been claimed?

Then, we will consider the history of reception. Why did Hebrews stand so long at the boundaries of the canon? How did the Church Fathers and later theologians receive the writing? Today it seems less known and less used than Paul’s letters or the Gospels. Was it always “at the margin”? And what can we say today of the situation of foreigners and pilgrims that the letter assigns to Christians?

This interdisciplinary conference welcomes contributions from biblical scholars, patrologists, historians, theologians, liturgists or other researchers interested in the Letter to the Hebrews. Free communications sessions are organized for young researchers. Contributions may be made in English
or French."

Review of Kuma, Centrality of Blood in the Theology of Hebrews

Review of Biblical Literature has a new review:

Kuma, Hermann V. A. The Centrality of Αιμα (Blood) in the Theology of the Epistle to the Hebrews: An Exegetical and Philological Study. Edwin Mellen Press, 2012. Review by James Harrison

You can also read my review of Kuma's book.

Harrison is more familiar with the scholarship on "blood" than I am, so his review nicely complements my more detailed description of the contents.

Posted by Brian Small at 3:13 PM No comments: