Michael Barber reports that John Paul the Great Catholic University is hosting James Swetnam, a leading Catholic interpreter of Hebrews, as Distinguished Visiting Faculty.  He is lecturing on Hebrews.  His extensive bibliography can be found here.

William Varner discusses the "Story" of Christmas in the Letter to the Hebrews.

David deSilva has started blogging and he begins with a post on Translating Hebrews 10:24.
Posted by Brian Small at 11:59 PM No comments:

Apparently, French dissertations are starting to come online at Theses.fr.  A quick search discovered one dissertation that was completed last year:

This dissertation is still under preparation.  Hopefully, we'll see more dissertations being made available soon on this site.

Review of Charts on the Book of Hebrews

Clifford Kvidahl has a review of Herbert Bateman's Charts on the Book of Hebrews, recently put out by Kregel Academic Press. 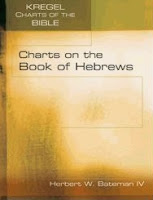 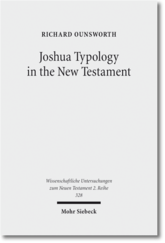 I have just learned about another new book dealing with Joshua Typology in Hebrews, despite its somewhat misleading title:

"In this monograph Richard Ounsworth argues that the Letter to the Hebrews invites its audience to infer a typological relationship between Jesus and Joshua, son of Nun, with whom he shares a name. The author begins by developing a distinctive notion of typology emerging from within the New Testament and its use of the Old Testament, before applying it to Hebrews. Hebrews 3:7–4:11, through its exegesis of Psalm 95, sets up a typology between the audience and the Israelites as depicted in Numbers 13-14, and within this context Joshua typology has much explanatory power. Hebrews 11 develops the theme through the structure of its outline of salvation history, including two significant lacunæ : the crossing of the Jordan, and the person of Joshua. The crossing of the Jordan parallels the High Priest’s passage through the veil of the sanctuary on the Day of Atonement, and both function as types of entry into God’s rest and the inauguration of the new and eternal covenant."

Thanks to Mike Kibbe for the tip.
Posted by Brian Small at 11:04 PM 1 comment:

I have added links to the following articles in the last two days:

Bridger, John R. "The Christology of the Epistle to the Hebrews." The Theological Students' Fellowship Terminal Letter for Students and Ministers 26 (Spring 1960): 1-4.

For the Spring semester I will be teaching an upper division class on Hebrews and the General Epistles.  So, in preparation for the course I have been looking at sample syllabi to get ideas about the kinds of assignments I might give to my students.  It occurred to me that I could add a page to the blog containing links to syllabi on courses on Hebrews that are available on the internet.  So, what follows is a listing of syllabi for courses on Hebrews exclusively, or as part of a more general course such as General or Catholic Epistles.  I will include a link to this page on the sidebar.

Enrique, José. Fordham University. Fall 2010.
The Letter to the Hebrews

Johnson, Dennis E. Assemblies of God Theological Seminary.
The Epistle to the Hebrews

Krewson, William. Internet Bible Institute. 2003.
The Letter to the Hebrews: An Inductive Study

The journal Themelios has numerous book reviews that are available online.  I am including a listing of those on Hebrews here and will be adding them to the Book Reviews page.

Jobes, Karen H. Letters to the Church: A Survey of Hebrews and the General Epistles. Review by Mariam J. Kamell.

Moffitt, David M. Atonement and the Logic of Resurrection in the Epistle to the Hebrews. Review by Michael Kibbe.

She, King L. The Use of Exodus in Hebrews. Review by Michael Kibbe.
Posted by Brian Small at 12:28 AM No comments:

Last year Protokolle zur Bibel produced a thematic issue on Hebrews.  Click on the link for the abstracts in both English and German.
Posted by Brian Small at 7:41 PM No comments:

Zeitschrift für Neues Testament recently dedicated a whole issue to the book of Hebrews.  The following is the table of contents: 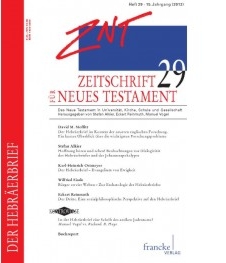 Thanks to Jacob Brouwer for the tip
Posted by Brian Small at 7:22 PM No comments: 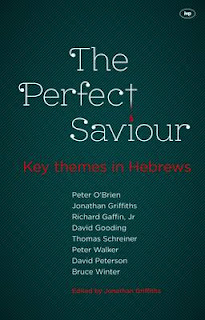 I received in the mail today this little book on some key themes in Hebrews:

"Too often, valuable New Testament scholarship never finds its way to the preacher's or pastor's study because it is presented in a format that is not practically digestible in the time available for sermon preparation.

The motivation for this volume is the desire to bridge the gap between the work of evangelical scholars in universities and colleges and the world of the busy preacher and Bible teacher.  Specifically, it offers a theological introduction to the New Testament book of Hebrews, by way of a set of expositions of some significant themes and difficult questions, by some well-known scholars.

These studies are accessible to all serious students of the Bible.  The contributors share the conviction that theological research is ultimately only valuable insofar as it aids the proclamation of the gospel of Jesus Christ."

All the essays appear to be original and not reprints of articles appearing elsewhere.  The book appears to provide an accessible way for pastors to get at the basic themes of Hebrews in preparation for a sermon series or series of Bible studies on Hebrews.
Posted by Brian Small at 12:43 PM No comments: