Is Priscilla the Author of Hebrews? 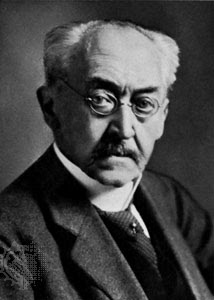 Adolf Harnack. “Probability about the Address and Author of the Epistle to the Hebrews.” Pages 392-415 in The Bible Status of Woman. Edited by Lee Anna Starr. New York: Revell, 1926. (Translated by Emma Runge Peter)

The two articles listed above are actually two different translations of the same German article written by Harnack for ZNW in 1900. Harnack was a prominent German theologian and church historian producing over 1500 works during his lifetime. He taught at Leipzig (1874), Giessen (1879), Marburg (1886), and Berlin (1889-1921).

In this article Harnack argues that Hebrews was likely written by Priscilla. He appears to be the first person to make this argument (at least he believes he is the first).

Harnack first deals with the question of the addressees. He agrees with Theodor Zahn’s argument that the recipients were not likely a larger congregation, but that they were a small group of older Christians. These recipients were not the leaders of their local congregation, since the writer of Hebrews tells them to obey their leaders (13:17), but at the same time they had been Christians long enough that they themselves should be teachers (5:12). They were likely second-generation Christians (2:3). With Zahn Harnack believes the recipients were Roman. Harnack gives several reasons for placing them at Rome, but none are particularly decisive. The strongest evidence is the ambiguous statement “Those from Italy greet you” (13:24). This could equally mean that Hebrews was written from Rome. First Clement, which is written from Rome, seems to be well aware of Hebrews, alluding to it frequently, but Clement is also aware of other early Christian writings, not all of which were addressed to Romans.

Harnack does take issue with Zahn’s insistence that the addressees had to be Jewish Christians. Gentiles, when they converted to Christianity, would have adopted the OT as their book as well and could have been well-acquainted with it. For Harnack the distinction between Jewish and Gentile Christians is overdrawn.

Although Harnack does not attempt to date the book, He believes that the addressees had experienced the Neronian persecution and that the author of Hebrews alludes to the martyrdom of their leaders, i.e., Peter and Paul (10:32; 13:7). Thus it would appear Harnack would date the book sometime in the 70s.

Harnack makes a brilliant case for Priscilla’s authorship. He proposes that Priscilla is the author of Hebrews for a number of reasons:

1) the author was highly educated and seems to have held a prominent teaching position. In Acts 18 Priscilla along with Aquila were able to instruct Apollos who was himself an eloquent and learned man (Acts 18:24-26).

2) Both Priscilla and Aquila were among the Pauline circle of friends and were associates with Timothy (13:23).

3) Assuming the Roman audience, the author would then have been a part of the Roman church and been familiar with the circumstances of the Christians in Rome. Moreover the author seems to have been a respected leader among the Roman Christians and hoped to be restored to them someday (13:19). We know from Acts 18:1 that Priscilla and Aquila were expelled from Rome due to the Edict of Claudius in 49 A.D.

4) It is clear that Hebrews was written by one individual since the first-person singular is used (11:32; 13:19, 22). But at other times the author uses the first-person plural that suggests that the author was speaking for more than him or herself. The most decisive example for me that Harnack gives is 13:18 in which the author says “pray for us.” Harnack also believes that 13:22 and 6:1-3, 9, 11 are other examples in which the author speaks for others. Since Priscilla and Aquila were partners, it would be logical to assume that the author was also speaking for his or her partner. (However, could not the author have been speaking just as well for his fellow Christians “from Italy” or other Christian associates?)

Why then Priscilla, and not Aquila? In a few instances in Acts and the Pauline letters Priscilla’s name is mentioned before Aquila’s. This suggests to him that Priscilla was the more prominent of the two. This, I believe may be overreaching the evidence. Priscilla and Aquila are mentioned six times by name (Acts 18:2, 18, 26; Rom 16:3; 1 Cor 16:19; 2 Tim 4:19). Twice Aquila is mentioned first, four times Priscilla is mentioned first. This is just not a large enough sampling to make any kind of decisive statement. Perhaps Priscilla’s name is mentioned first because it was more euphonious to the Greek ear, much like “ladies and gentlemen” is more euphonious to the English ear than “gentlemen and ladies.” What is clear to me is that Priscilla and Aquila were co-equal partners in ministry. One is never mentioned without the other.

Harnack speculates–and it is speculation–that Priscilla was a Roman from a noble family, while Aquila may have been a freedman. This would explain Priscilla’s more prominent status. Of course, there is nothing in the biblical texts to suggest this. Samuel Terrien in his book Till the Heart Sings adduces some archaeological evidence to suggest that Priscilla was related to the Pudens family of Rome, but Terrien has to connect the dots for us, because the evidence is not decisive in this matter. We know that Aquila was a Jew from Pontus. It is entirely possible that Priscilla was also from there. Terrien argues that Priscilla is a Roman name and so she must have been from Rome. But Aquila is a Roman name too (it means “eagle” in Latin), and he was from Pontus! The Roman empire extended over a wide territory; it would not be surprising to find Roman names in other parts of the empire besides Italy.

5) Among the parade of heroes some women are mentioned. This suggests that the author was a woman in sympathy with these heroes from the OT. Terrien absurdly says “Would it not at least be unexpected for a man to praise ‘Rahab, the prostitute,’ who ‘by faith did not perish with rebels, for she peacefully welcomed the spies’ (11:31)?” By the same reasoning then we must assume that the authors of the epistles of James and First Clement were also women since they praise Rahab. By the same reasoning the author of Luke-Acts must be a woman for the sympathetic portrayals of women found in these works.

Harnack believes that of all the candidates for the authorship of Hebrews, Priscilla is the best one. He closes confidently saying “as far as I can see, not a single contrary observation exists.” But Harnack overlooks the masculine participle diegoumenon in 11:32 which modifies the personal pronoun me. This suggests that the author of Hebrews was a male. Terrien says that this is a “faulty or biased knowledge of Greek syntax,” that one would use a neuter participle in this instance, which is indistinguishable from the masculine. But would a Greek writer use a neuter participle to modify a personal pronoun in this way? An authority no less than Harold Attridge in his monumental commentary writes in a footnote on page 347: “The masculine gender tells against the hypothesis of a female author.” Likewise William Lane in his commentary says in his notes on his translation “the masc ending of the ptcp is adverse to the proposal that Hebrews was composed by Priscilla or by some other woman” (p. 381). It is not that I don’t think that Priscilla could not have written Hebrews, it is just that the grammar of 11:32 doesn’t support that contention.
Posted by Brian Small at 1:45 AM